“Having observed the westward growth of Waterloo, Archbishop Henry P. Rohlman announced in 1947 the founding of a new parish in Waterloo to be called Blessed Sacrament. He appointed Father Louis A. Putz as pastor and temporary chaplain of Saint Francis Hospital. The land purchase was completed in December. The first Mass in the new parish was celebrated in the Little Theatre of Edison School on January 4, 1948. The next month the parish purchased a house for a rectory and Father Putz was relieved of the chaplaincy at the hospital.”

1947-
History of the parish over the span of 72 years, including information about its priests and parishioners. 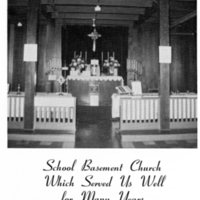 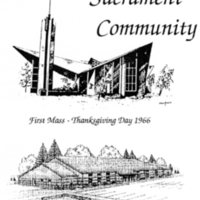