“In 1882 Father Francis Boeding began a pastorate of 46 years. He saw to the spiritual formation of his parish and also served the people of Cresco, Fort Atkinson, Ossian, and Hawkeye in his early years. He was instrumental in making the area entirely Catholic, and only German was spoken in homes, church, and school. The buildings of the parish were improved, added to, and replaced. A new gothic style church was built in 1914, with 4 Bavarian stained glass windows. Three bells occupy the east tower.”

1855-
History of the parish over the span of 164 years, including information about its priests and parishioners.

Bradley, Janell. “The former St. Luke’s Catholic School has been transformed into a German-American 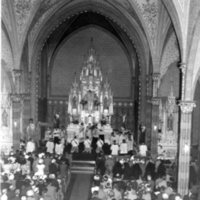 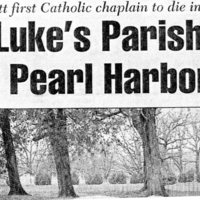 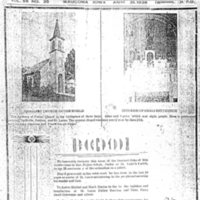