A Love of Art

Louise grew up in an artistic home. Both her mother and father were art lovers and enjoyed drawing and photography. Her parents met when Edward Herron, her father, attended classes taught by her mother, Mary Crouse. When Louise showed a skill in drawing, her father arranged for a private art lessons where she learned how to paint china and continued to develop her skills. 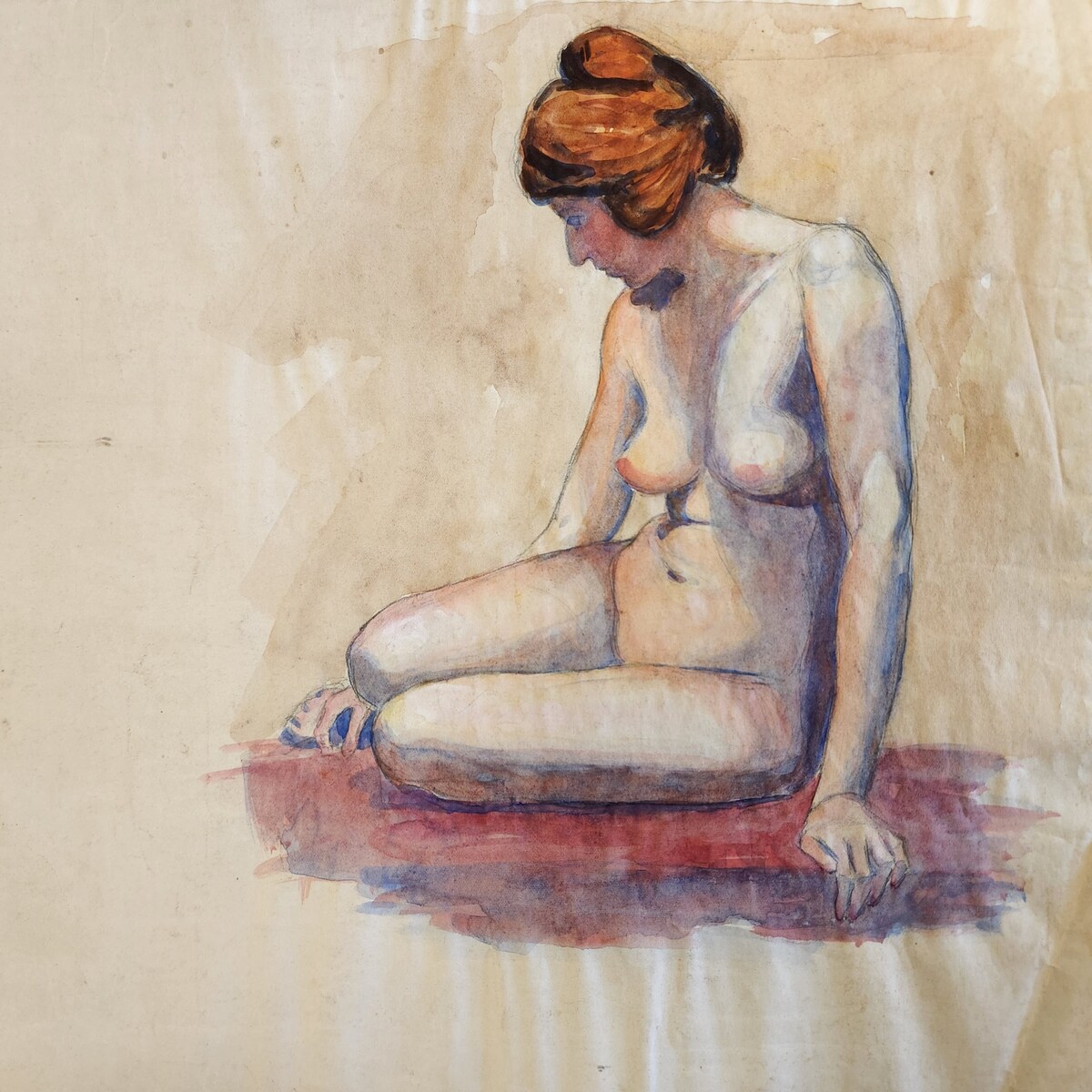 Louise's favorite medium was watercolor. While Louise was excellent with oils and charcoal, her specialty was watercolor painting. After graduating high school, Louise travelled to Washington D.C. to visit with her cousin Clara Van Nest who worked in the Library of Congress. There she began exploring watercolor painting as a student at the Corcoran School of Art. She studied the human form and learning to see the delicate gradations of light and shade on skin. To better understand anatomy, her class visited George Washington University Medical School where she studied cadavers under the watchful gaze of her instructors.

She was also drawn to nature scenes for their interesting display of light and color. She continued to take courses at the Corcoran School of Art until 1922 when she departed her work with the War Department. Years later a friend would share the news noted watercolorist, Eliot O'Hara, would be teaching art classes at the John Herron Art Institute in Indianapolis which happened to be only a short distance away from her home in Franklin, Indiana. Her desire to study with O'Hara was so strong that she learned to drive to be able to attend the classes, receiving her first drivers license in 1933.

Painting on the Road

Accompanied by her cousin Clara Van Nest, Louise took many road trips and short vacations with the intent to paint and create works of art. They would travel to Washington, Georgia, Florida, Hawaii and many other locations.

Louise had a peculiar method when painting. Rather than painting on an easel with an upright canvas, she would hold her paper on her lap and hunch over her painting. She would often choose uncommon scenes, more concerned with the play of light than with the subject. This would lead her to an occurrence that would stay with her for many years.

A Brush with the Law

In 1949, Louise was attending art classes with Eliot O'Hara in Palm Beach, Florida. Wishing to paint one final piece before returning to Dubuque she chose an interesting street scene on the west side of the city. It was of little interest that this location was within the Black community. As she set about painting, she was approached by a police officer. He asked, "Are you white or colored?" Louise responded with, "I am an artist."

The police would inform Louise that she would need to vacate the area for it was not safe as it was the "Negro" section. Louise was horrified by the situation. Only after she personally contacted the Police Chief was she allowed to remain in the area to complete her painting.

In her notes, Louise sorrowfully laments the fact that even though her painting was done in the presence of Black residents they would be unable to view it when it was exhibited at the Palm Beach Gallery as it was off-limits for Blacks.

This would be her first encounter with segregation.

Louise posing with her artwork at the Dubuque Public Library. 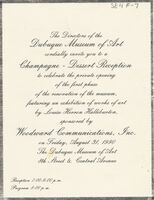 Louise's artwork was exhibited in art shows at numerous locations during her lifetime. She had shows at Clarke College, Dubuque Travel Bureau, Dubuque Museum of Art, and other galleries in Florida. Many of her paintings are hung in public buildings in Dubuque and Bellevue and other private collections.

← Friends Around the World
Louise the Artist