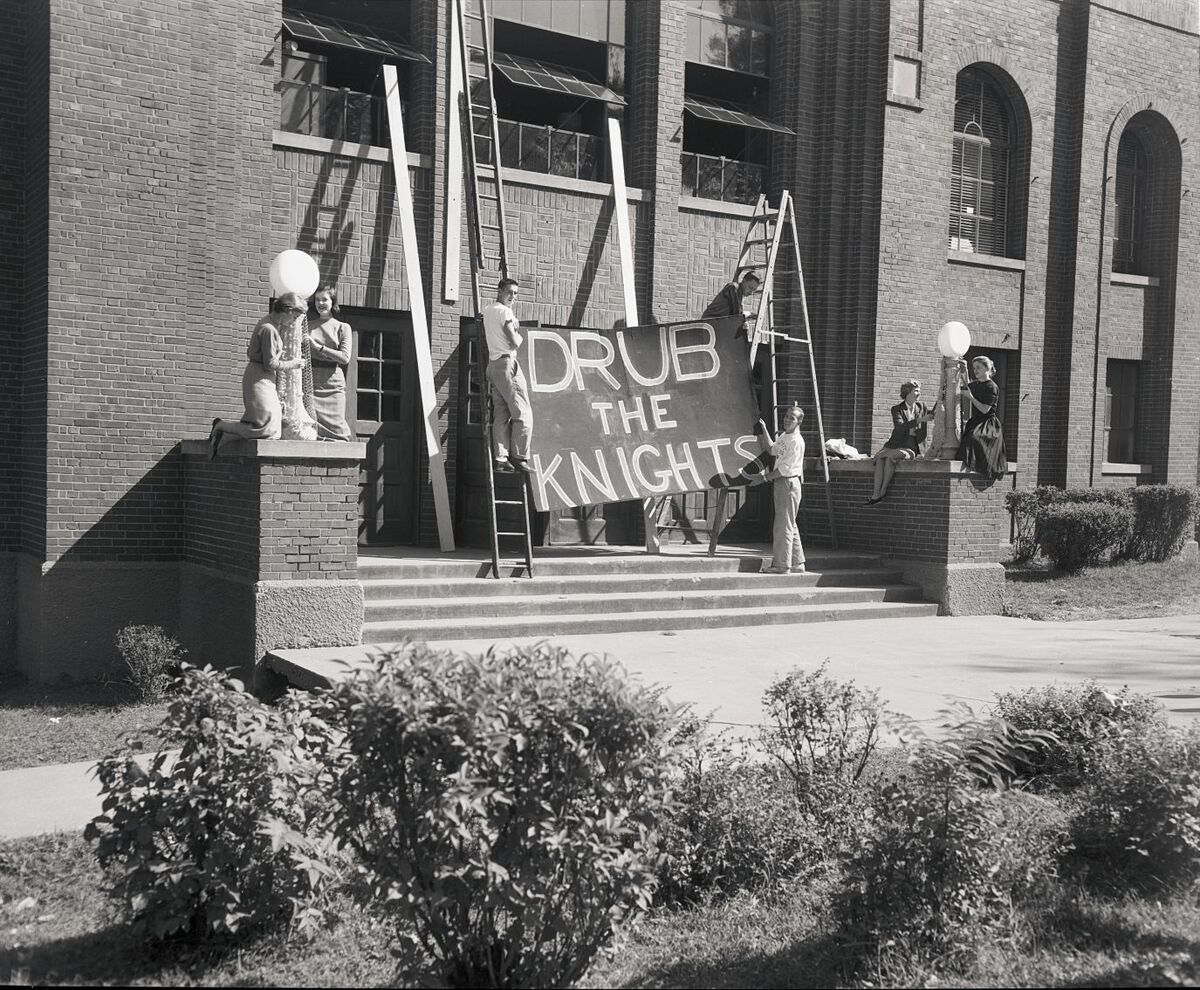 The largest on-campus event of the academic year in the 1950s was Loras’ Homecoming. Each year, Homecoming featured a football game, a massive bonfire, alumni events, family events, the election of a Homecoming Queen, and a dance. Loras’ Homecoming was always well-attended, and students often spent weeks preparing for the event. An annual dormitory decorating competition made  campus lively and festive for returning alumni. 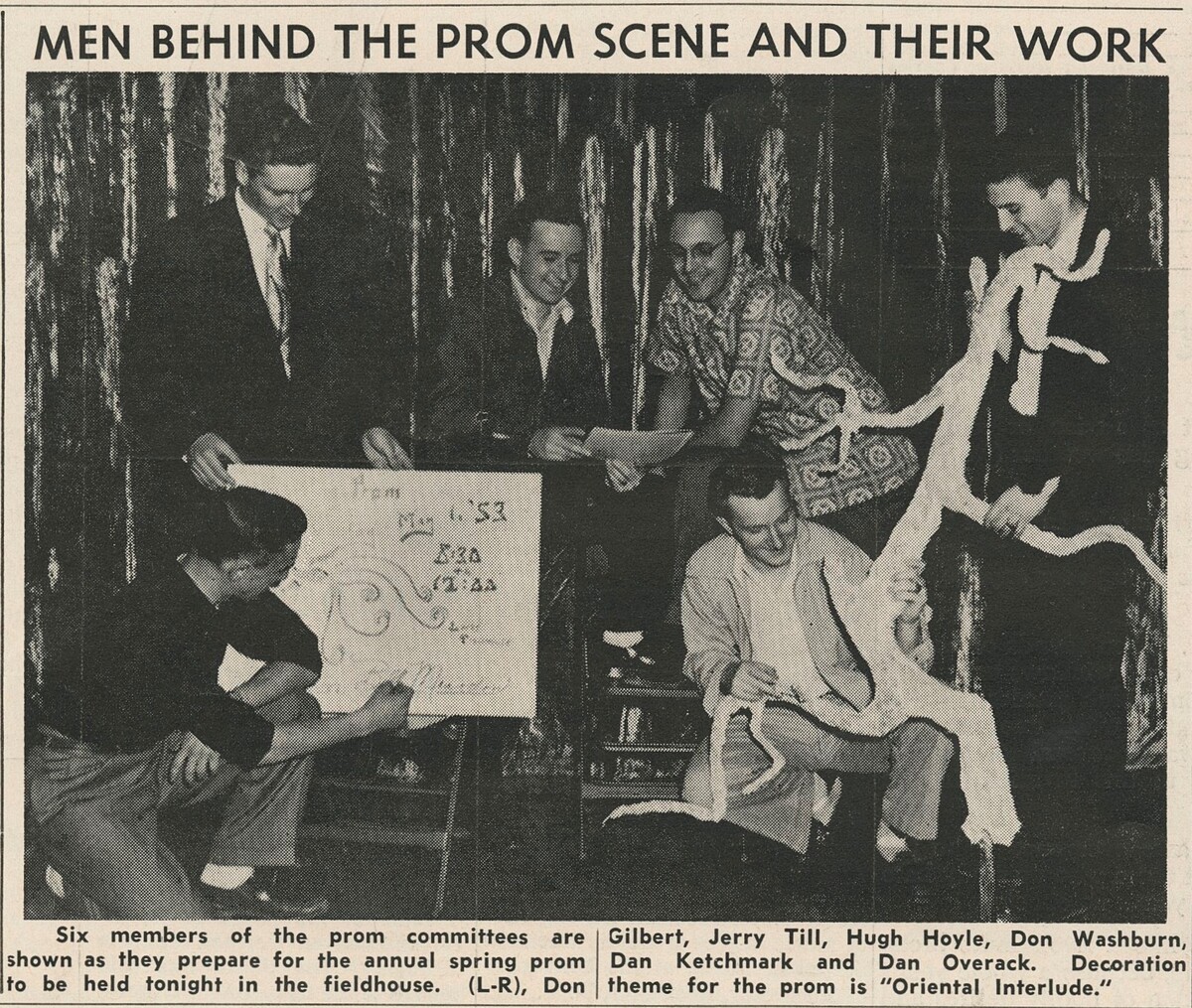 The annual Loras College prom, held every spring, was the largest dance event of the year for Loras students in the 1950s. Groups of students spent weeks planning and decorating for the event. Hundreds of students typically attended the dance, many arriving with dates from Clarke College. While prom was a fun, care-free event for many, a mid-1950s Lorian article highlighted controversy behind Loras prom’s attire policy. Many students argued that a formal event such as prom called for formal attire, while others asserted that students should be free to dress as they pleased.