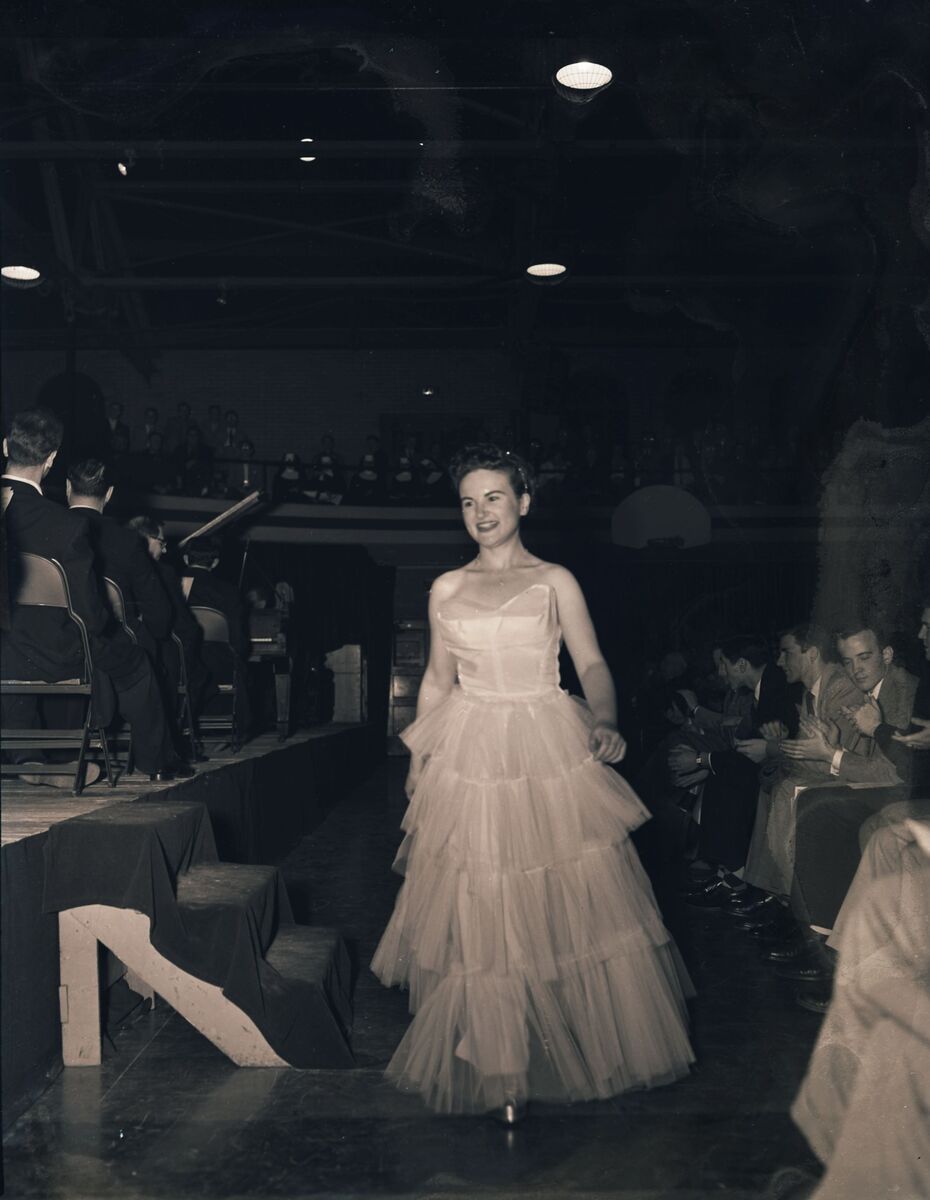 The popular Boston Pops orchestra, led by Arthur Fiedler, played to a sold-out audience in the Loras College fieldhouse in February 1954. Students, faculty, and visitors enjoyed the concert so much that Fiedler and his orchestra returned to campus for a second visit in January 1959. 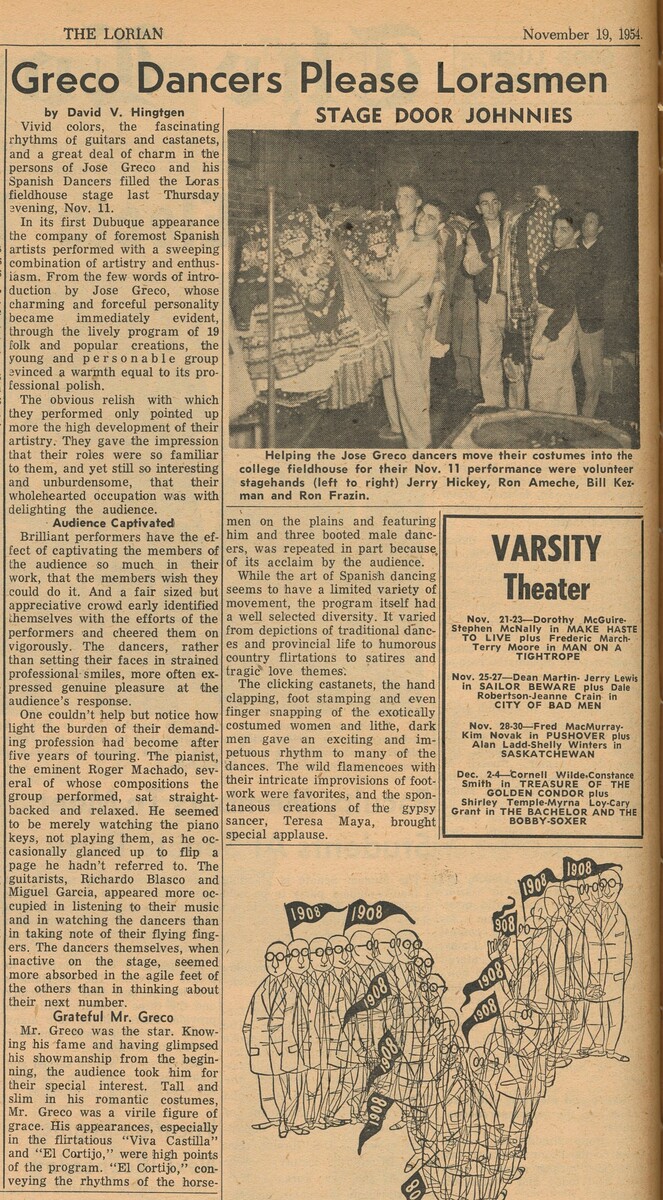 A highly-anticipated campus event in November 1954 was the visit of director and performer José Greco and his troupe of thirty dancers. Loras students were put to work helping the troupe move their costumes and props in and out of the Loras fieldhouse, and the audience was enamored with the group’s performance. 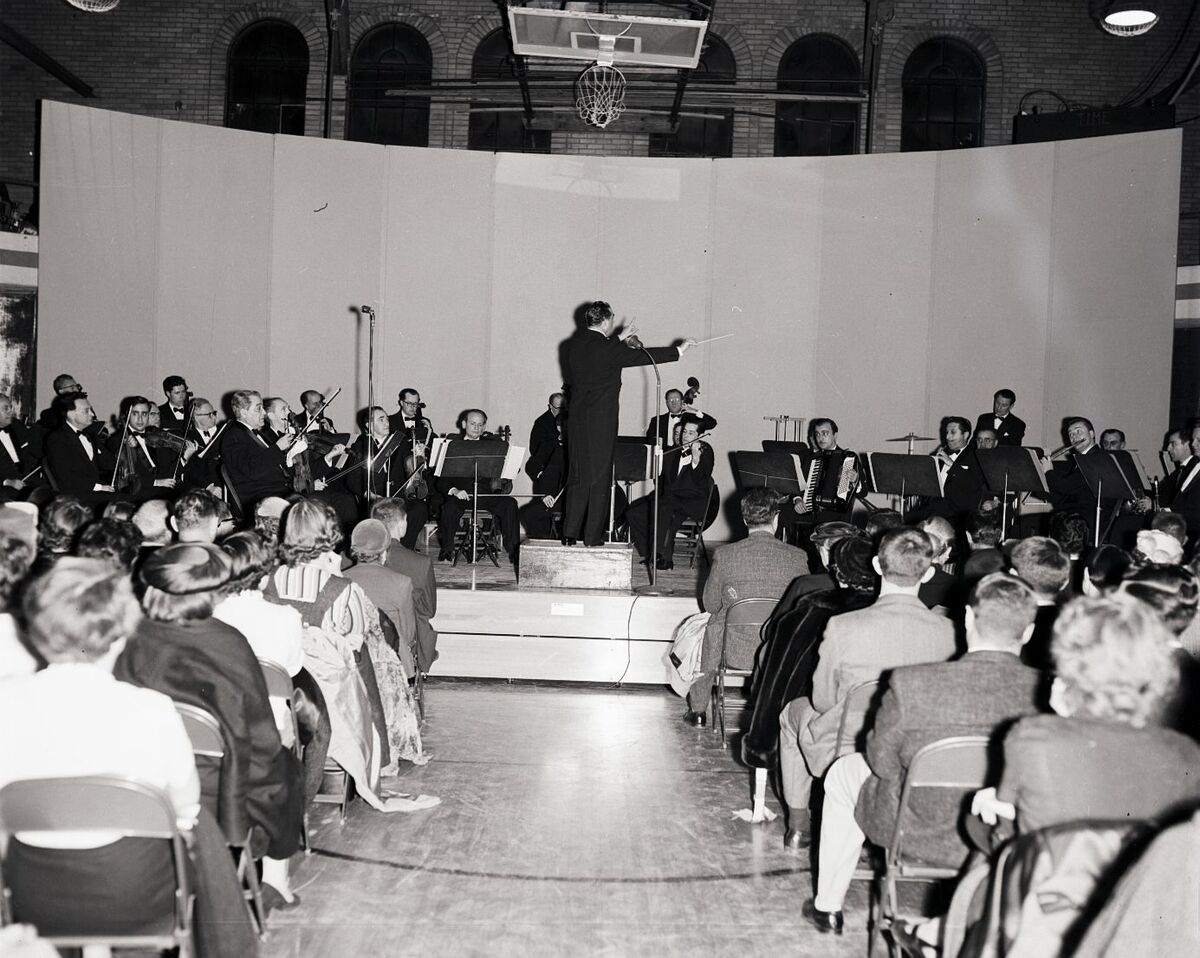 British-Italian conductor and dance-band leader Annuzio Paolo Mantovani and his orchestra performed in the Loras fieldhouse in October of 1955. Although student reviewers from the Lorian found Mantovani’s personality to be “lacking,” the audience solicited an encore from the performers.