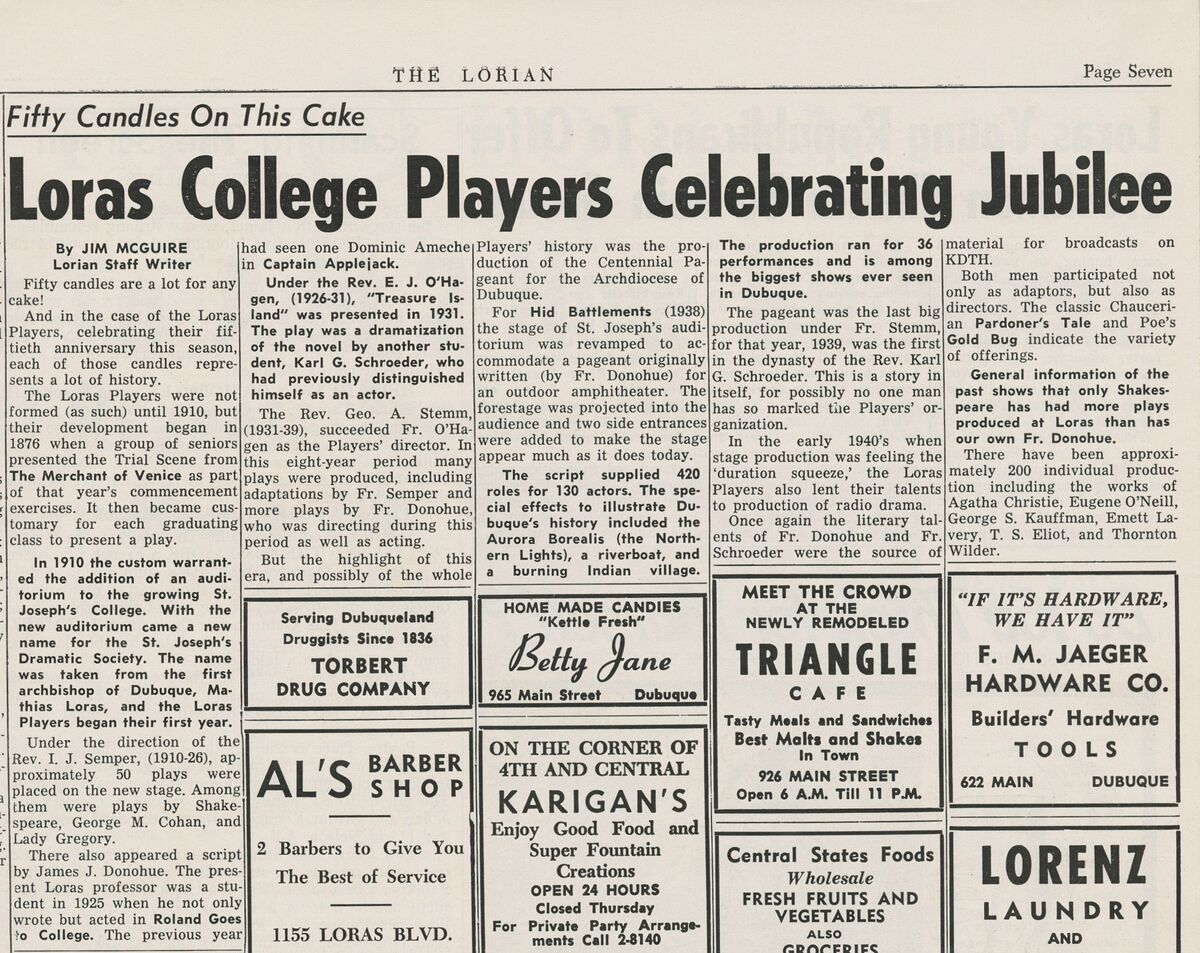 By the mid-1950s, the Loras Players theatre troupe had put on over 200 productions since its establishment in 1910. Performances ranged from musicals to comedies to dramas, including the 1956 production of Shakespeare’s Henry IV. 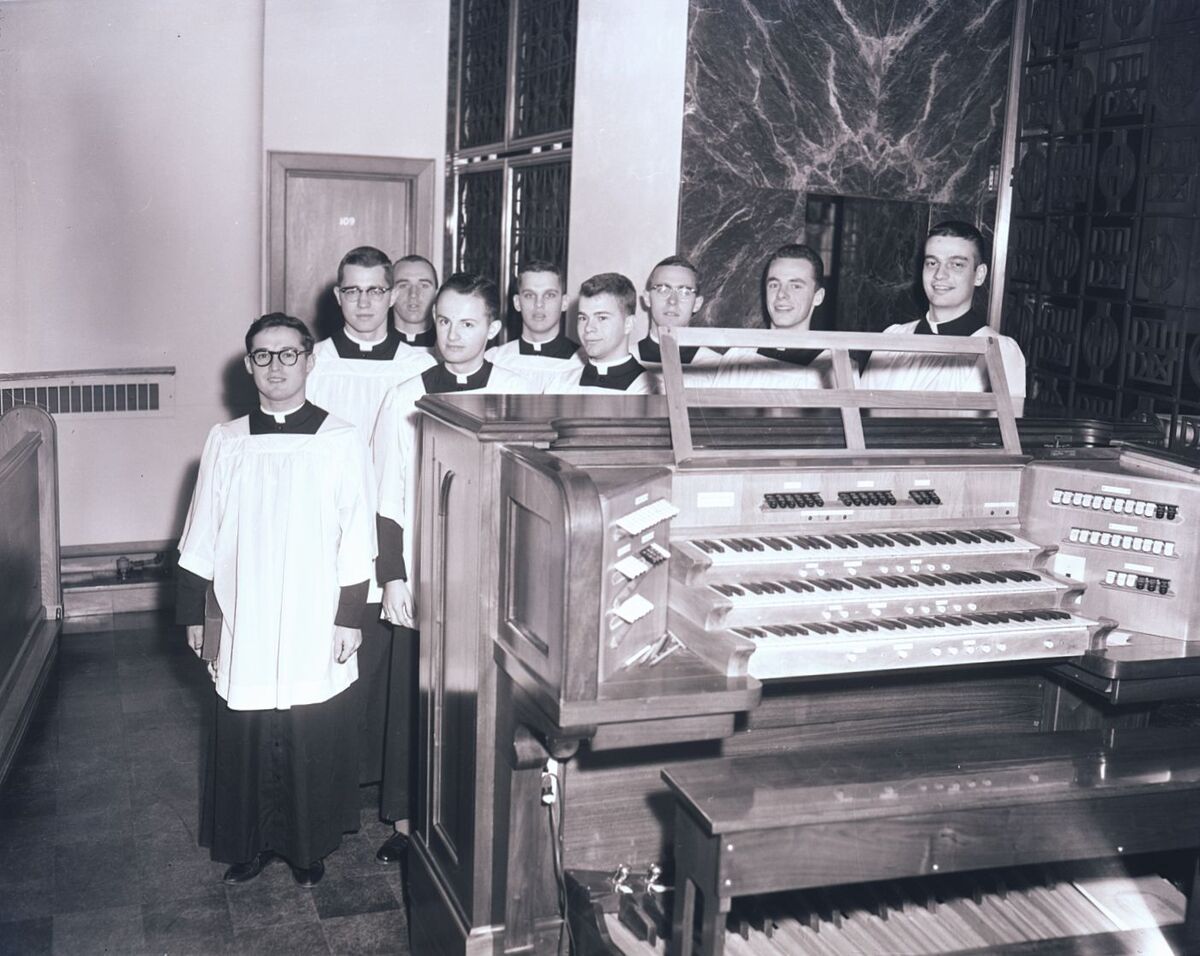 The Loras Vested Choir celebrated its 45th anniversary in 1950. The group consisted of roughly forty students, and focused its efforts on learning and sharing sacred music. The choir went on an annual spring tour and performed every Sunday at the Solemn High Mass at Loras’ Christ the King chapel. 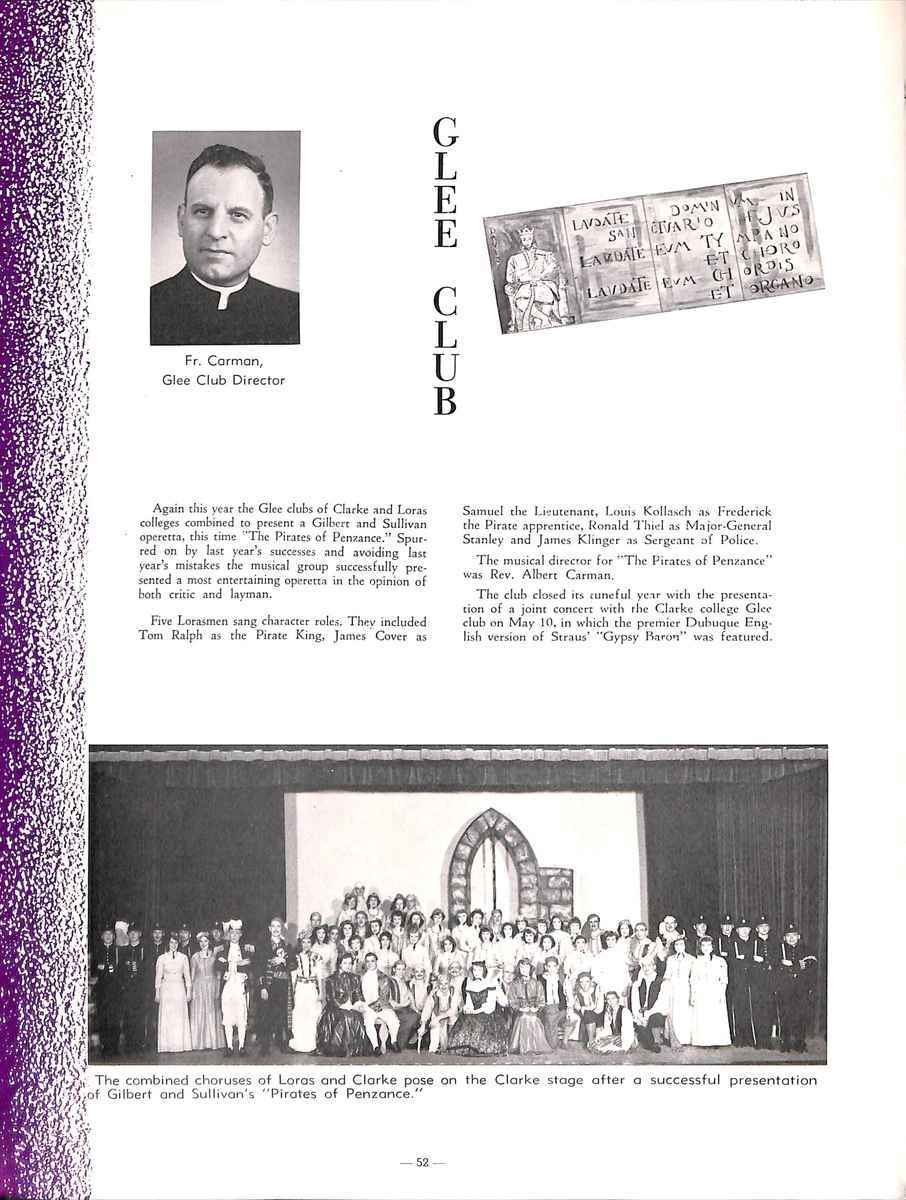 The Loras Glee Club featured dozens of student singers. The club often joined forces with the Clarke College Glee Club to produce an operetta, such as 1954’s performance of Gilbert and Sullivan’s “The Pirates of Penzance.” 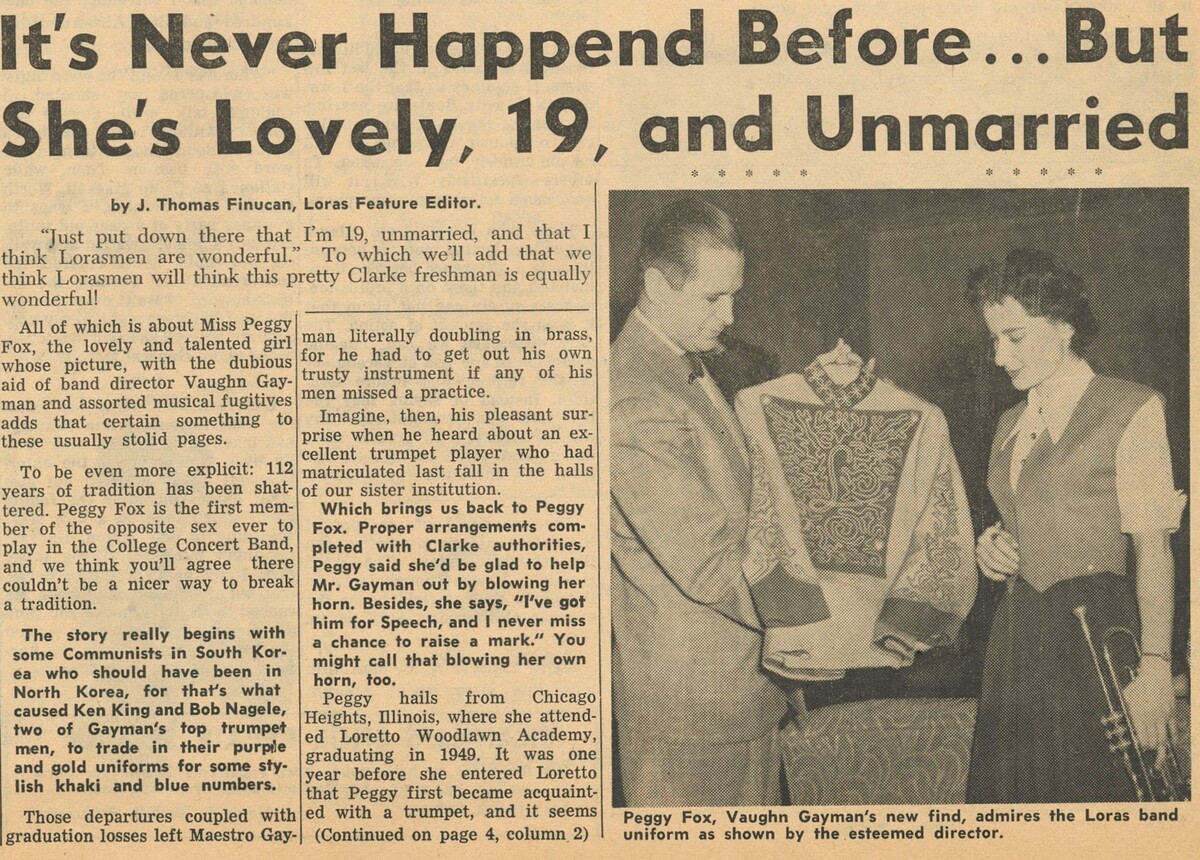 During the Korean War (1950-1953), enrollment at Loras dropped as students left campus to fight. As a result, many student organizations on campus were left scrambling to fill empty spots. The Loras Concert Band, in desperate need of a trumpet player, asked Peggy Fox to join the band. Fox, a prolific trumpet player and student at Clarke College, agreed. Fox was billed as the first woman to play in the band.