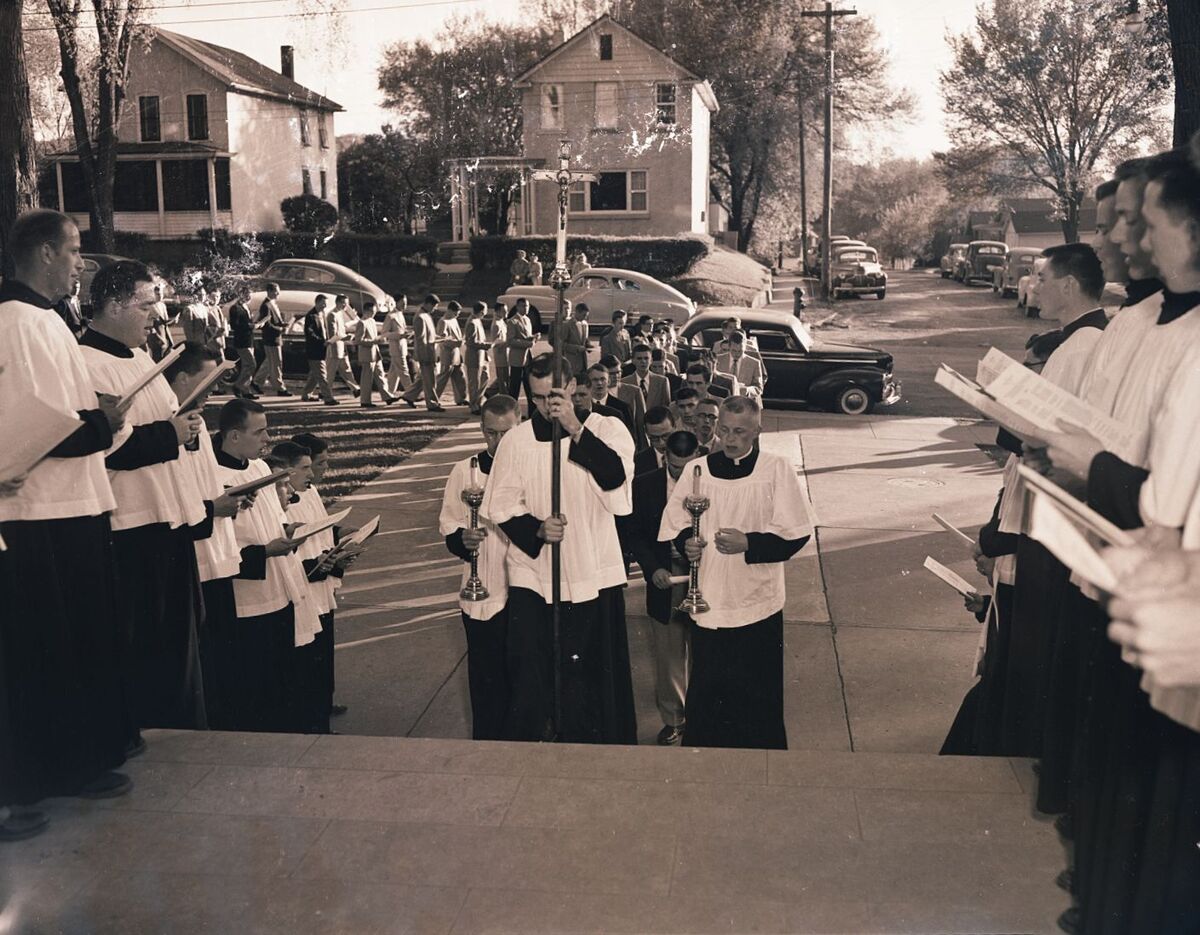 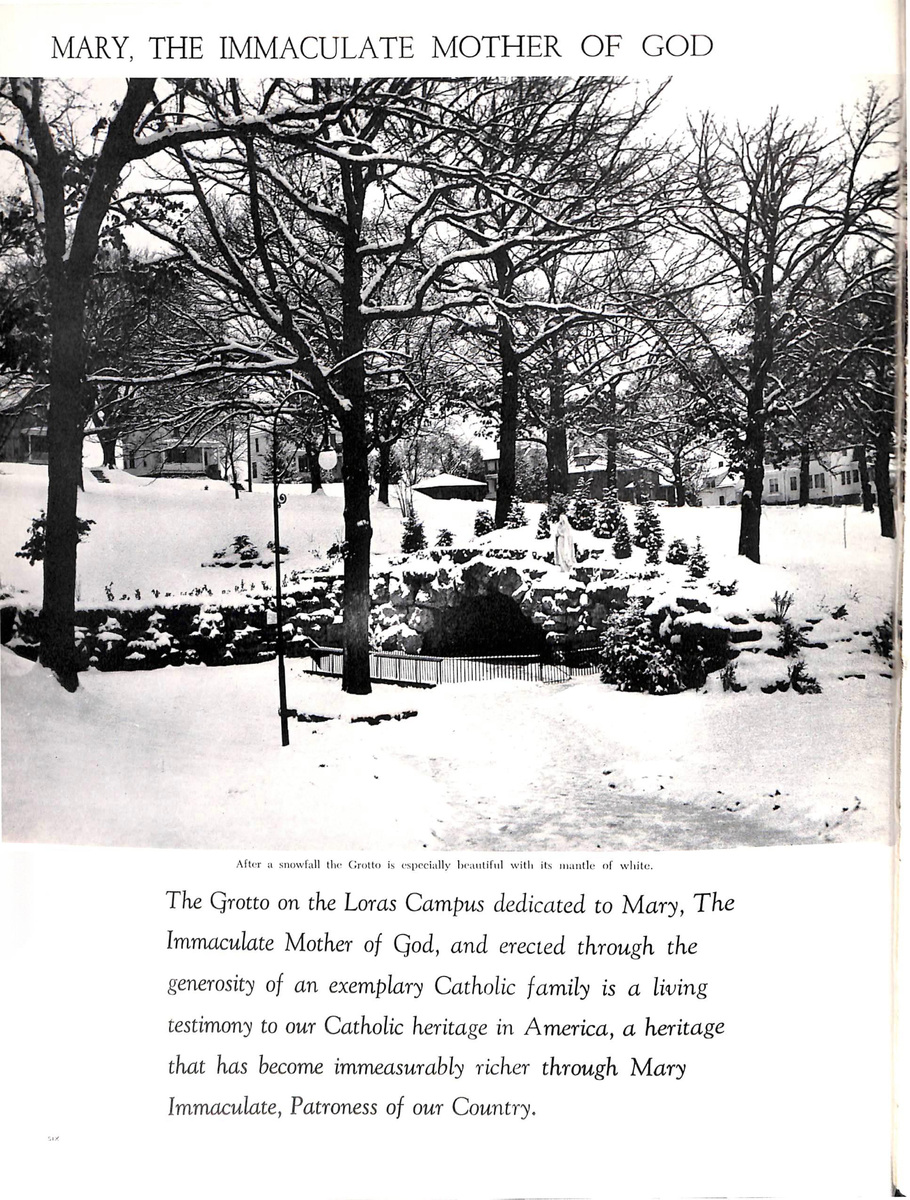 To further celebrate the Marian Year, Loras opened the Our Lady of Lourdes Grotto in the Keane Oaks area of campus in September 1954. The grotto was modeled after the site of Marian apparitions in Lourdes, France, and was blessed by Most Rev. Henry P. Rohlman in October 1954.